We Are All Living on Planet Hiroshima (2017)

Remembering Sadako Sasaki and All Victims of Nuclear War 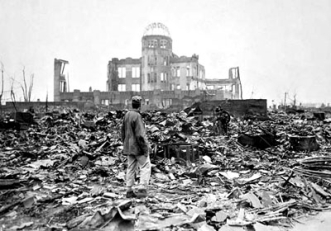 When the first atomic bomb fell on Hiroshima on Aug. 6, 1945, two-year-old Sadako Sasaki was at home with her family. Unlike tens of thousands of others, she was fortunate enough to survive the immediate blast of the 15-kiloton Uranium-235 bomb.

But the young, athletic girl who liked to run could not escape the grim reality of what it meant to live through an atomic blast. Nine years later Sadako would contract leukemia, dying a year later in a Hiroshima hospital at the age of 12. In death she joined the legions of the hibakusha, the Japanese term for the victims of radiation poisoning.

An estimated 140,000 people died as a result of the Hiroshima blast, tens of thousands of them instantly or within the next few months and almost all of them noncombatants and children. Three days later at Nagasaki, another bomb was dropped, killing thousands more. Eventually over 200,000 people would die from the attacks, either during the bombings or later from illness. By any objective measure the nuclear attacks by the U.S. military constitute the largest acts of mass murder in the history of the world.

They also constitute acts shrouded in lies. At the time President Truman told Americans the targets were military sites. It was necessary to use the bombs to force Japan’s surrender, he declared. The public was also told—falsely—that leaflets were dropped prior to the bombings warning people to leave. Later, Secretary of War Henry L. Stimson claimed that the atom bomb saved the United States from an invasion of Japan that might have cost a million American casualties.

But U.S. official McGeorge Brundy came up with the million figure, based on nothing, as he later acknowledged. Consider only the assessment of Admiral William Leahy, chairman of the Joint Chiefs of Staff in 1945, who years later wrote: “It is my opinion that the use of this barbarous weapon at Hiroshima and Nagasaki was of no material assistance in our war against Japan.” The admiral compared the use of the bombs to adoption of “an ethical standard common to the barbarians of the Dark Ages.”

The Age of ‘Collateral Damage’…

Truman indeed knew Japan’s surrender was imminent, according to now declassified records. But if nuclear weapons were unnecessary to end the war, they did send a forceful global message about which country would dominate the post-war era. Truman did not intend for it to be the Soviet Union. Thus, the dead and victimized of Hiroshima and Nagasaki were not only the last casualties of World War II, but also the first casualties of the Cold War.

Dark ages, indeed. In our world the deliberate slaughter of civilians in war is very much the norm. The atrocities of the Nazis and Japanese militarists are well known, but less so was the intentional targeting by Britain’s air force of the concentrated worker housing of Hamburg, Germany. Ignoring the factories and U-boat construction yards south of the Elbe, British bombers under the command of extreme reactionary Arthur Harris instead spent months dropping incendiaries and high explosives on Hamburg’s civilians. Some British military leaders did not support this policy, but it prevailed and was driven not only by strategic war aims, but also by what science historian David Bodanis in “Electric Universe” (Crown, 2005) describes as Harris’ acute hatred of the working class.

More evidence. In the Errol Morris documentary, “Fog of War,” former Secretary of State Robert McNamara admits a reasonable case could have been made to have tried as war criminals the group of Americans who organized the mass death firebombing of Tokyo and other Japanese cities. It’s a significant admission since McNamara was part of that group. McNamara also acknowledges that the 1964 Gulf of Tonkin resolution passed by Congress, giving President Johnson the authority to unleash war in Vietnam, was based on a lie. The alleged torpedo attack by North Vietnam on the U.S.S. Maddox in 1964 never happened.

Fast forward 40 years. Other than the venerated thinkers at Fox News and their ilk, the whole world now knows the U.S. invasion of Iraq in 2003 was based on an equally fabricated justification: Iraq’s alleged possession of weapons of mass destruction. They didn’t exist. Nor has the shining “democracy” whose exportation became the fallback rationale to justify Iraq’s ongoing occupation. How many hundreds of thousands of Iraqis died for that lie?

…And Also Madness and Irony

Meanwhile, what existed in 2016 was a Democratic president visiting Hiroshima who refused even to apologize for the atomic genocide committed by his government in 1945. It was par for the course for an administration that spent eight years largely mastering the art of ennobled rhetoric than actually changing the world. It’s true President Obama did declare he would not use or threaten to use nuclear weapons against non-nuclear weapons states that support the Non-Proliferation Treaty. Formally, that was a change from his Republican predecessor. But, like George W. Bush before him, he also insisted on retaining the American threat to use nuclear weapons first.

Now the presidency is in the hands of Donald Trump, an unstable authoritarian who enjoys making casual remarks about using nuclear weapons against “enemies.” Who is also deliberately stoking further conflict with North Korea, offering de facto encouragement to that nation’s nuclear weapons ambitions. Meanwhile, a Defense Department advisory group recommends that large-scale cyber attacks by enemy nations should now be considered one of the scenarios that justifies a nuclear response.

Notably, just this past month the United Nations ratified the Treaty on the Prohibition of Nuclear Weapons. As The New York Times reports, supporters hope the treaty will “lead to the destruction of all nuclear weapons and forever prohibit their use.” The treaty acquires legal force 90 days after being ratified by 50 countries, starting this fall.

This is significant, if only for the international precedent it sets. But what is also notable is that the established nuclear weapons powers—China, France, India, Israel, Pakistan, Russia, United States, and United Kingdom—all boycotted the treaty negotiations.

Of course, the reality of Trump in the White House offers another lesson. The possession of nuclear weapons by any country is an inherent threat, no matter how “stable” or “democratic” their governing system. “It has never been safe to rely on assurances of nuclear deterrence among ‘responsible’ nuclear powers,” notes Anna Weichselbraun of Stanford University’s Center for International Security and Cooperation notes in a recent Guardian commentary. Indeed, there is ultimately no safe, rationale status quo when it comes to arranged nuclear détente. As Weichselbraun concludes, “The world must eliminate nuclear weapons to keep them from falling into the hands of even democratically elected leaders.”

A World Without War

The military mind-set sees only more weapons as the road to peace. But it is a dangerous road these purveyors of weapons and war offer, going nowhere desirable as far as creating a just and peaceful world. Tellingly, during the 2008 primary race Obama briefly flirted with the notion of opposing use of nuclear weapons as a foreign policy option. His primary rival and later Secretary of State Hillary Clinton then sharply criticized Obama. “I don’t believe that any president should make any blanket statements with respect to the use or non-use of nuclear weapons,” Clinton said.

Yes, they can, actually. They can at minimum adopt a no-first strike policy. They can also work vigorously to eliminate nuclear weapons from their own and the world’s arsenals, instead of quietly reconstituting their nuclear stockpiles while talking “disarmament.” They can question why the United States arms itself with a military force whose budget equals almost half of all world military spending. Most important, they can repudiate a foreign policy tradition that takes as a given the American right to send troops and establish military bases anywhere in the world.

Seventy-two years after the bombs were dropped on Hiroshima and Nagasaki, the world remains perilously trapped in conflict. In 2007, the average yield of a nuclear weapon was about 10 times greater than the 15-kton Hiroshima bomb, noted Raymond G. Wilson, professor emeritus of physics at Illinois Wesleyan University, in an article published that year for the Peace and Conflict Monitor. “Throughout the 50 years following 1945, the average rate of creation of nuclear weapons in world arsenals was the equivalent of about 70 Hiroshima bombs per day,” said Wilson, “every one of those 18,250 days.”

The threat of nuclear annihilation remains rooted in the reality of our times. Yet the irony of our age is that for the first time in human history the science, technology, manufacturing and agriculture exist to eliminate all want. But in the context of a world also driven by the acquisition of corporate profits and entrenched class and nationalist divisions, the world’s people instead face an increasingly uncertain and violent future. Or even the possibility of no future. 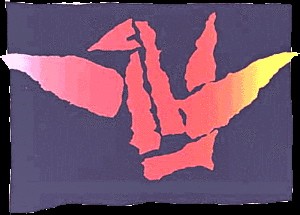 Young Sadako Sasaki did not deserve to die at age 12. Yet her story is only one among countless millions of the innocents whose lives over the last century have been cheap fodder for the killing machines of state power, whether of the democratic, fascist, or other variety.

During her months of hospitalization, Sadako undertook a project to fold a thousand paper cranes in the hope that, according to Japanese legend, her prayer for life would be granted. It was perhaps just the wish of a child. But Sadako never gave up and folded the cranes up until the day of her death. In Japan, after her death young people inspired by her story organized to collect money to build a statue of Sadako, which was unveiled in Hiroshima Peace Park in 1958. There is also a statue of Sadako in Seattle’s Peace Park.

At the bottom of the statue in Japan of Sadako holding a golden crane is the inscription, “This is our cry, This is our prayer, Peace in the world.”   In the decades since the cities of Hiroshima and Nagasaki were destroyed, they remain words to remember and live by in this mad and tragic age.

Mark Harris has periodically updated his essay, “We Are All Living on Planet Hiroshima,” originally published in 2007, commemorating the anniversary of the nuclear bombings of Hiroshima and Nagasaki.