Passage of Time Brings Meaning of “Dad” into Sharper Focus 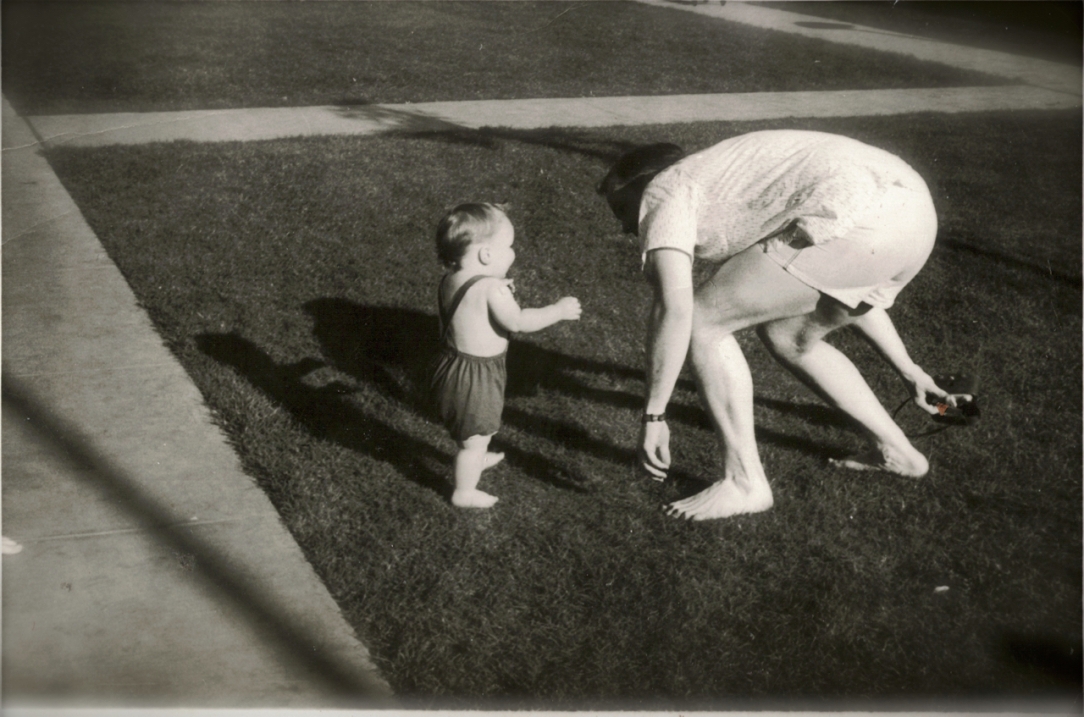 When I was a small boy, I sometimes used to climb to the top of the street pole that stood next to the driveway of our southern California home. Our house stood at the corner of two streets and the intersecting street signs at the top of the pole formed a kind of cross capable of supporting a small boy. There I would perch in the late afternoon sun like some miniature Buddha waiting for my father to return from work. As he pulled in the driveway Dad would honk his horn and laugh. Excitedly, I would scurry down the pole and run to greet him. Daddy was home!

I was in college when my father died. The year was 1975. In the years just before his death, we didn’t always get along. Reed was a conservative businessman and I was anything but. We argued over the Vietnam War, Richard Nixon, and whether marijuana should be legal. At times it was as if we could not agree on anything at all, including my future. When he died unexpectedly in a car accident at age 47, I had a hard time forgiving myself for our arguments.

They say time is a great healer, but it’s also a great teacher. Over the years I’ve learned to forgive myself for the arguments. As a young man, I recognize now that I was forging my own identity in the world. I was learning to think for myself. I also cared passionately about the world. These traits still define me. Over the years I’ve also come to understand that these are exactly traits my father wanted to impart to me.

I remember my father now as a self-made man. He worked his way up in business and eventually started his own packaging company. He was in the sixth year of running the business when he died. His death was one of life’s strokes of misfortune. At the time, I didn’t know how to deal with the grief. Instead I left graduate school in the Midwest for new adventures in California. I thought living near the Pacific Ocean would lift my spirits. It did, but still the grief lingered. Fifteen years later, following some inner cue, I visited my father’s grave for the first time. I cried that day; remarkably, for the first time since his death. It was only then that I began to heal from the loss.

Time has a way of filtering our memories. This can serve ends that deceive us, or through our most vivid memories bring into focus the defining emotional tenor of our early experiences. I was eight years old the summer we moved from California to a suburb of Chicago. My memories of that time involve endless summer days of softball in a nearby field, our makeshift diamond and raggedy out-of-bound lines and the heat and smell of the dust and grass in the air. One Saturday morning someone else’s father chastised me loudly for some error I had made on the field. My father heard the man’s sarcastic remark from our nearby back yard. In a flash, he abandoned his gardening to march over and heatedly confront the fellow.

“Why are you talking to a child like that?” he demanded. “What’s the matter with you?” That was Dad. It was good to have him on your side. My last memory of him was on a Monday morning following Thanksgiving, coming up the stairs to give me a cup of coffee. It was 5:30 in the morning and I had a train to catch. I was 22 years old.

I see my father now in an old photo from the 1950s. He was a young man then, and a new father. In the photo his little boy is taking some tentative first steps. My father is crouched low, an encouraging presence full of hope and expectation for the steps we were about to embark upon as father and son. How large his shadow looms next to a small boy on a sunny California day of long ago.

In our world, life is not always a Hallmark card. Nor is every man a good father. As someone once said, any man can be a father, but not every man knows what it takes to be a dad. Whatever his faults, my father believed in dreaming big, in living each day with a sense of promise and passion. In this, he was a good teacher.

In other words, he was my dad.